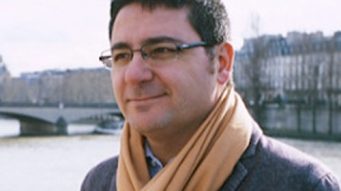 Co-director of the seminar Revêtir l’invisible : la religion habillée at the Collège des Bernardins and professor of theology and history of religions at the Luxembourg School of Religion and Society (LSRS)

Specialist in the history of Ottoman Sufism, he obtained a doctoral thesis in modern and contemporary history at the University of Paris-IV (Sorbonne), entitled “Practices and doctrines of whirling dervishes in the 17th century in the Ottoman Empire: the case of Ismâ’îl Rüsûhi Ankaravî”. After obtaining his doctorate in 2007, he continued his research and the publication of his scientific results and obtained the habilitation to direct research in Catholic theology at the University of Lorraine by presenting a dossier entitled: ” The Sufism of the Whirling Dervishes. Research in mysticism”.