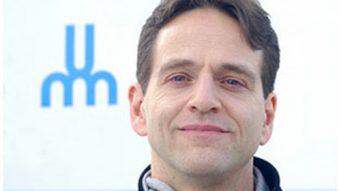 Patrice Brodeur is an associate professor at the Institute of Religious Studies at the Faculty of Arts and Science of the University of Montreal. He is also Senior Advisor at the International Centre for Dialogue (KAICIID) in Vienna, Austria. He received a B.A. (Religious Studies) and M.A. (Islamic Studies) from McGill University (Canada), as well as a second M.A. (Religious Studies) and a Ph.D. (Comparative Religions: Islam and Judaism) from Harvard University (USA). He also studied for two years at the Hebrew University of Jerusalem and one year at the University of Jordan. From 2005 to 2015, he held the Canada Research Chair (Junior): Islam, Pluralism and Globalization, where he led an interdisciplinary research team on contemporary Islamic thought and different forms of dialogue. From 2013 to 2015, he founded the research department of the new intergovernmental organization: Centre for International Dialogue (KAICIID), in Vienna, Austria, where he led a team of researchers who published online the KAICIID Peace Map, which contains more than 500 organizations using interfaith dialogue internationally.