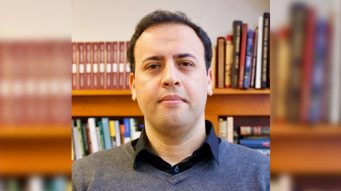 Mohamed-Ali Adraoui holds a doctorate in political science from the Institut d’études politiques de Paris since 2011 after completing his thesis on contemporary Salafism. He is currently a researcher at the Scuola Superiore Meridionale in Naples.

He specialises in the study of the globalisation of Salafism, which he examines at local, national and transnational levels. He is also interested in jihadist mobilisations, Islamist movements and American foreign policy in the Middle East. 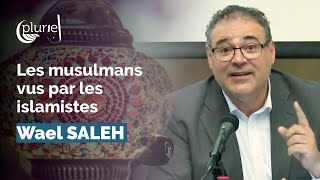 The representation of non-Islamist Muslims in Sunni Islamist discourse

Full lecture title : 'The representation of non-Islamist Muslims in Sunni Islamist discourse: an intra-religious otherness?' In what ways do non-Brother Muslims (especially secular, liberal and ... 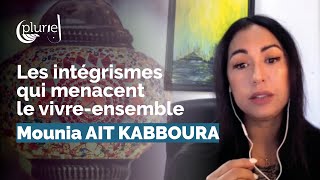 The "radical evil" that tore Europe apart in the 20th century was totalitarianism (Hannah Arendt). Today, this evil has been reincarnated into a barbaric radicalisation that undermines societies. T... 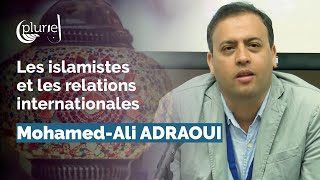 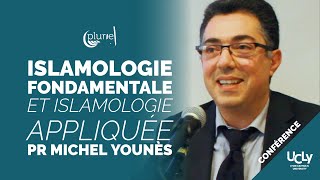 Lecture given on 14 October 2021 at the Catholic University of Lyon during the conference « Radicalisation leading to violence in the name of Islam, Epistemological, methodological and ethical appr... 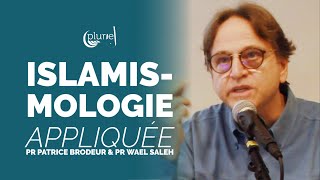 Lecture given on 14 October 2021 at the Catholic University of Lyon during the conference "Radicalisation leading to violence in the name of Islam, Epistemological, methodological and ethical appro... 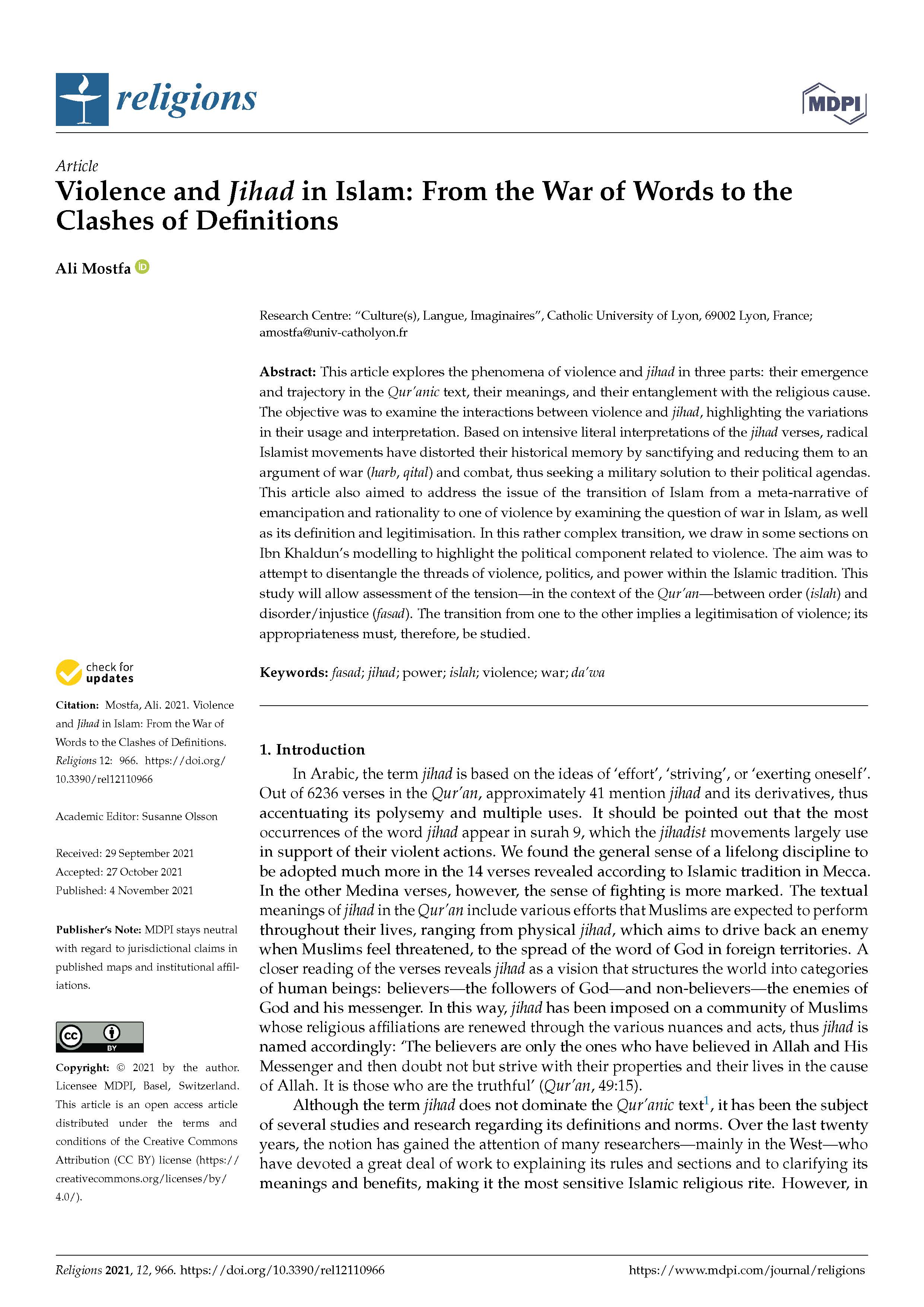 Violence and Jihad in Islam: From the War of Words to the Clashes of Definitions

This article explores the phenomena of violence and jihad in three parts: their emergence and trajectory in the Qur’anic text, their meanings, and their entanglement with the religious cause. The o... Violence in Early Islam. Religious Narratives, the Arab Conquests and the Canonization of Jihad

Presentation: The concept of jihad holds a prominent place in Islamic thought and history. Beyond its spiritual meanings, the term has historically been associated with the sweeping Arab-Believers ... 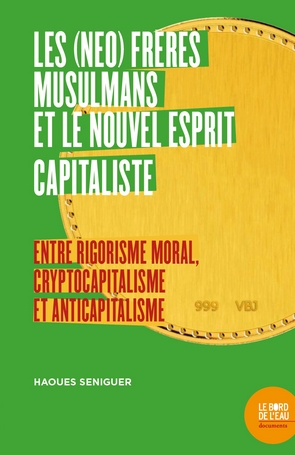 The (neo) Muslim Brothers and the new capitalist spirit