CALL FOR PAPER | See all News 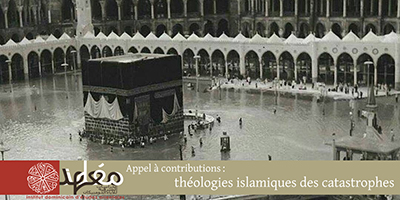 Islamic Theologies of Disasters: Between Science, Religion and Messianism

The Covid-19 (kūfīd-19) pandemic broke out around October-November 2019 in China. In addition to having become a global public health problem, it quickly became “a total social fact” (Mauss, 2013). It has effectively set in motion a plurality of institutions and social fields (economic, political, cultural and religious), within both national and international milieus.

The epidemic (wabāʾ) has thus generated its share of comments and religious glosses by prominent religious figures. For example, the Moroccan theologian Aḥmad al-Raysūnī, president of the International Union of Muslim Scholars (IUMS), stated with regard to the Covid-19 pandemic (ǧāʾiḥat kūrūnā), that it belongs to “the tradition of trial/affliction” (sunnat al-ibtilāʾ),[1] so that both “believer and reasonable men” will further question how to “benefit” from this “trial” (yastafīdu min al-balāʾ), or “lessons” (al-ʿibar wa-l-durūs), from a spiritual and existential point of view so that, in the end, according to him, people can meditate on “their way of life and behaviour” (uslūb ḥayātihim wa-sulūkihim).[2]

However, far from being satisfied with this consensual discourse, al-Raysūnī also took the opportunity to underline how the pandemic had revealed the extent of “the health (salāma) and wisdom (ḥikma) of all the laws and rules contained in the Islamic religion and its legislative regime (manẓūmatihi al-tašrīʿiyya)”. From his point of view, the pandemic would constitute “the best proof of the celestial character of Islam, valid in any place and at any time (ṣāliḥan li-kull makān wa-zamān)”. He even claims that “many places in East Asia embraced Islam” after the outbreak of the virus, because their inhabitants would have realized that its “laws and rules ensure the health and protection of humanity against all harm and evil (ḍarar wa-šarr)”. As for the secretary general of the institution presided over by Aḥmad al-Raysūnī, the shaykh ʿAlī Muḥyī al-Dīn al-Qaradāġī, “these epidemics and viruses” (al-awbiʾa wa-l-fayrūsāt) stem from the “destiny of God” (qadar Allāh). They are “absolute and living proof (min al-adilla al-qaṭʿiyya al-mušāhada) of the power of God the Most High to decimate whom He wishes to decimate, and this, by the weakest of His soldiers (bi-aḍʿaf ǧunūdihi)”, referring in support of his demonstration to Sūrat al-Muddaṯṯir (74), verse 31: “None knows the soldiers of your Lord except He” (wa-mā yaʿlamu ǧunūd rabbika illā huwa). The pandemic is said to be an “affliction”, “diseases” (amrāḍ) by which God “disciplines Muslims and non-Muslims alike”, conferring “on the believer tried by them, but filled with patience, the reward of martyrdom” (aǧr al-šahīd).[3]

Before the contemporary period, the Islamic theology of disasters has its real or presumed origins in Qurʾānic passages and prophetic traditions (Sunna) that report calamities, whether proven, allegorical or eschatological: We think here of the battle of Uḥud, the apocalyptic narratives, the punishment of the unbelievers by destruction, drowning, etc. Sūrat al-Zalzala (99), for example, illustrates the Qurʾānic imaginary of catastrophe as an apocalyptic event controlled or suppressed by divine omnipotence and justice. Following the Qurʾān, Muslim clerics have historically produced several types of religious literature in response to natural or human disasters: wars, epidemics, famines, earthquakes, etc. Probably the most ancient literature in this respect is that of the corpus of prophetic (or Imāmī among the Šīʿa) traditions, sometimes messianic, sometimes pragmatic, tending to form a kind of theological norm in matters of disaster. Traces of this can be found in the chapters devoted to miḥan (ordeals), fitan (seditions), ṭāʿūn (plague) or ṭibb (medicine), in the prophetic compilations flourishing in the 3ʳᵈ/9ᵗʰ century, as for example in the compilation al-Ǧāmiʿ al-ṣaḥīḥ (“The Compendium of Authenticated Traditions”) of al-Buḫārī (d. 256/870). Al-Buḫārī considers that the epidemic is a destiny of God, a punishment and an ordeal; that contagion in itself does not exist (the plague being a divine creation in the traditionalist conception), furthermore raising the status of the dead by epidemic to that of martyrs, and, lastly, advising confinement.

Another, later and more sophisticated type of theological literature on disasters appears in theological-ethical treatises on epidemics (Aḥmad ʿIṣām ʿAbd al-Qādir al-Kātib counted 33 texts). Indeed, we know about thirty theological treatises composed by Muslim theologians and jurists on ṭāʿūn (plague) or wabāʾ (epidemic). The most influential treatise, which was authoritative in Sunni circles, is Baḏl al-māʿūn fī faḍl al-ṭāʿūn (“Offering benevolence to the virtue of plague”) composed by Ibn Ḥaǧar al-ʿAsqalānī, an Egyptian traditionist who died in 852/1449. Ibn Ḥaǧar al-ʿAsqalānī discusses the role of the jinn in the epidemic, the status of the plague-dead (which becomes equal to that of the martyr), the importance of confinement in a plague-affected country, of repentance, of performing invocations to Allāh to ask for the lifting of the plague, and of adopting medical precautions and practices such as phlebotomy. There is also a late tradition attributed to the Prophet, which says that: “The plague is a martyrdom and a compassion for my community, a torture for the unbelievers”, which raises the question of otherness and fear in the traditional view of disaster, danger or threat.

On the Šīʿa side, the cleric Muḥammad ibn al-Ḥasan al-Ḥurr al-ʿĀmilī (d. 1104/1693) dedicated a chapter of his summa of Šīʿī jurisprudence Wasāʾil al-Šīʿa (“The Instruments of the Šīʿa”) to the question of the authorization to flee the places of the epidemic and plague, except in case of necessity to reside there, as is the case for combatants and border guards. This work displays all the flexibility of the theological Šīʿī thinking in matter of (re)conciliation between the constraints of the emergency and the norms in force in the “Imāmī” tradition.

The research of Jacqueline Sublet, Josef van Ess, Boaz Shoshan, Lawrence I. Conrad and Justin K. Stearns, among others, show that beliefs about the epidemic were largely determined by theological discourses until the 19ᵗʰ century. Nevertheless, while this research is still scholarly relevant and useful, it lacks in part a closer analysis of the content of the traditions. Also, in view of the acuteness of this Islamic theology of catastrophes that has (re)deployed itself recently, especially in the predominantly Muslim world, some questions on continuities and discontinuities in the theological discourse remain to be questioned and further investigated. This includes questions relating to the norms and the ethical dilemmas that arise for practicing Muslims and their religious authorities: ethical dilemmas between destiny and human action, and in particular the responsibility before God and the whole of humanity; between the preservation of human life and the imperatives of observance of religious rites and rituals in the strict sense. Who caused the epidemic: God, the jinns or men (and which ones)? Should theologians interested in the question rely on science or revelation to explain epidemics and natural phenomena, but also to overcome, prevent or ward off disasters? What is the share of the sacred and of the secular or the profane in Islamic theologies? To what extent is the Islamic theology (or Islamic theologies) of disasters also and simultaneously a theology of fear, if not of responsibility/culpability of human beings towards themselves and towards humanity? What difference does classical and contemporary Islamic discourse make between Muslims and non-Muslims in the face of the epidemic? How can we understand the different religious normative arguments used by the theologians? In this regard, are there any differences between Sunni and Šīʿī literatures? Or between ancient and late literature on disasters or on human dramas? How do contemporary Muslim theologians seize upon classical religious literature to develop their view of the environment, the unleashing of natural elements, or even rebellion against the political order, etc.?

It is to these major questions, among other possible ones, that this thematic issue of MIDEO is devoted: the Islamic theology of catastrophes at different periods of history, in ancient, modern and contemporary theological thought. 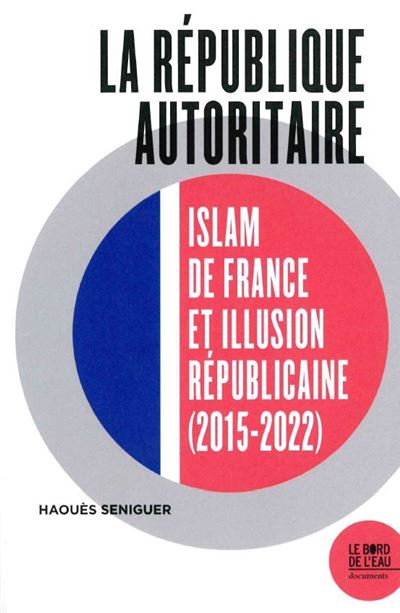 The authoritarian republic. Islam in France and the Republican illusion

Publisher’s presentation The logic of suspicion has become the compass of the French state. Since 2015 and the attacks of January and November, the preventive and repressive policy of the Sta... 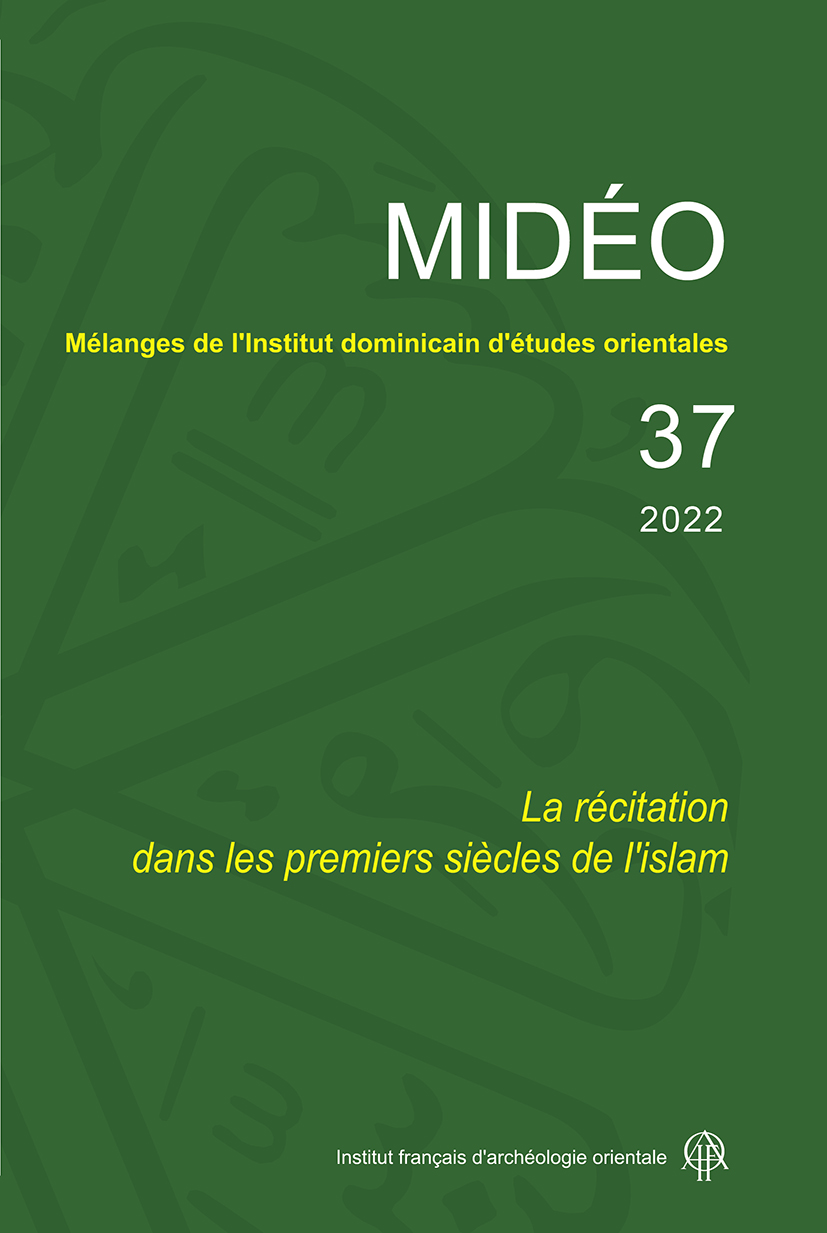 MIDÉO No. 37: Recitation in the early centuries of Islam

The history of reciting the Quran has been rarely studied. This volume comprises most of the papers presented at the Third IDEO Conference held in Cairo in October 2020 on reciting in the early Isl...

Not without others: recognition of others and unity in Christ – on the relationship between mission and dialogue

Article published in the missiology journal ZMR 106 (2022/1-4), double issue: “Evangelisation and Fraternity in the Plural World 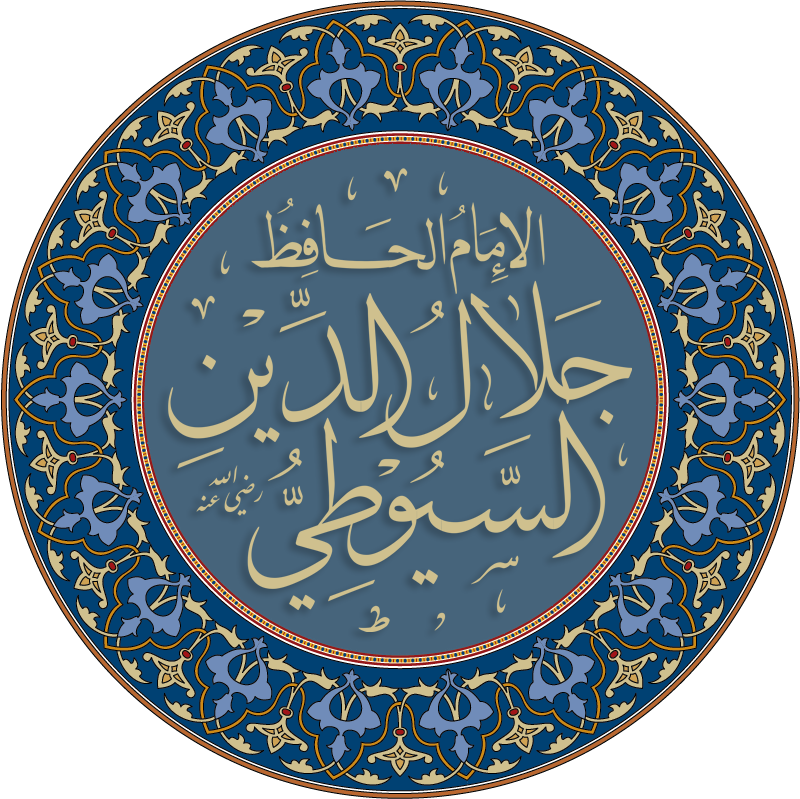 "This article first provides an overall picture of Jesus in the Qur’anic Text, amongst the stories of the other prophets, his prophetic role during the mission God gave him on earth and at the End ... 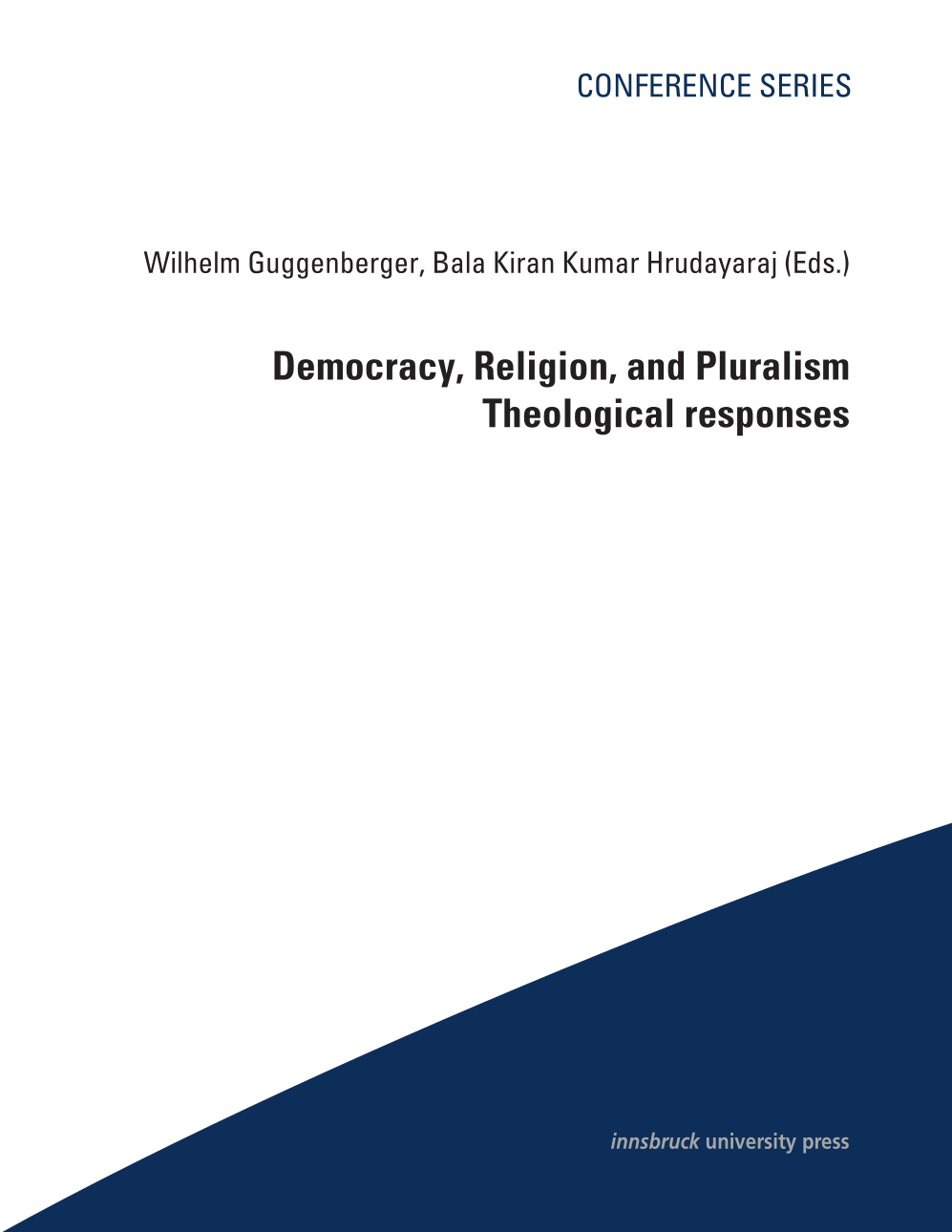 "This article addresses mainly two widespread prejudices. The first claims that democracy flourishes only in a Christian culture, the second wants to keep religion out of politics to protect democr... 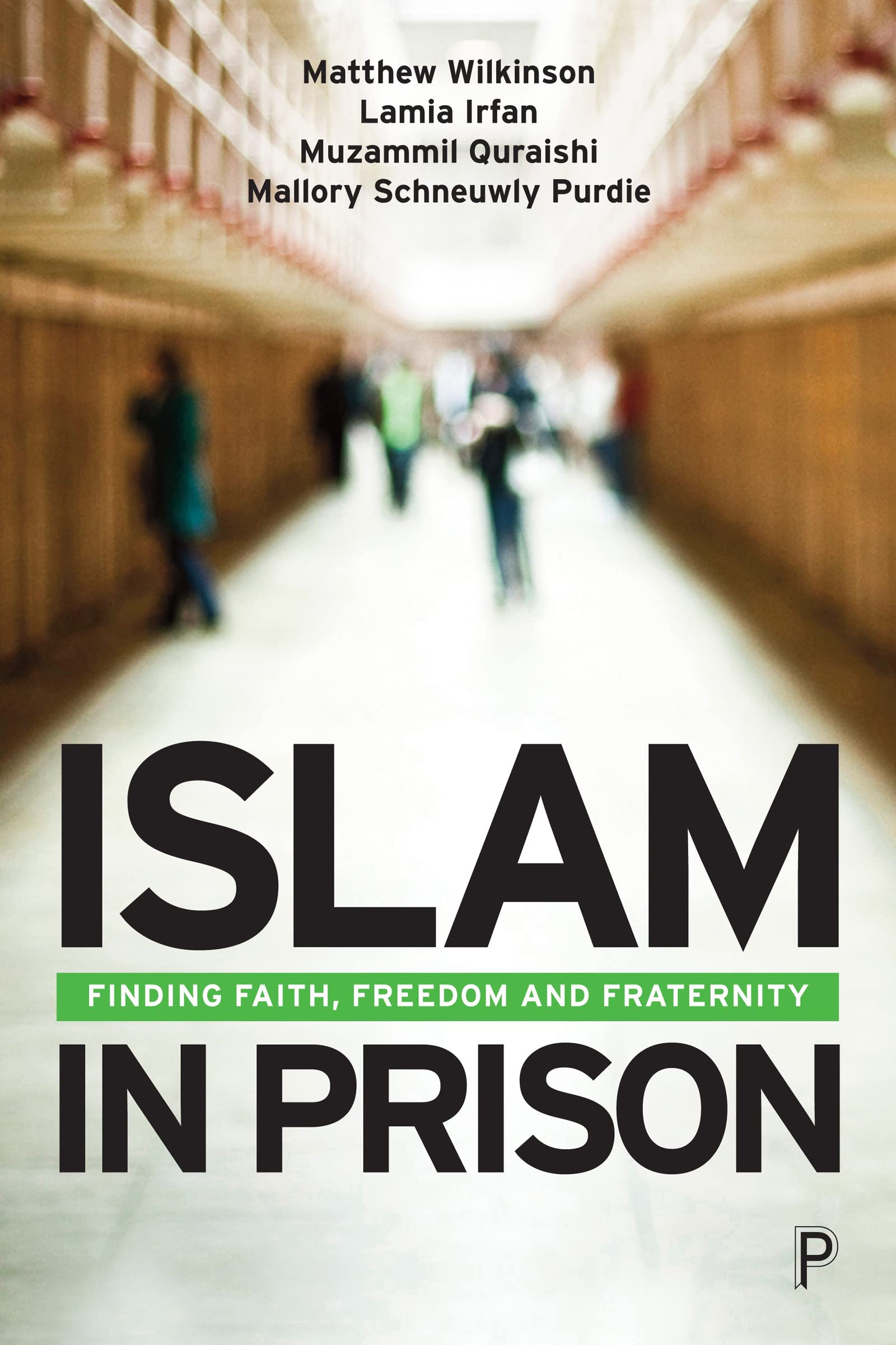 “Based on original evidence from 279 Muslim prisoners and 79 prison officers, we explore how Muslims come to be incarcerated, how the practice of Islam affects prison life and rehabilitation,... 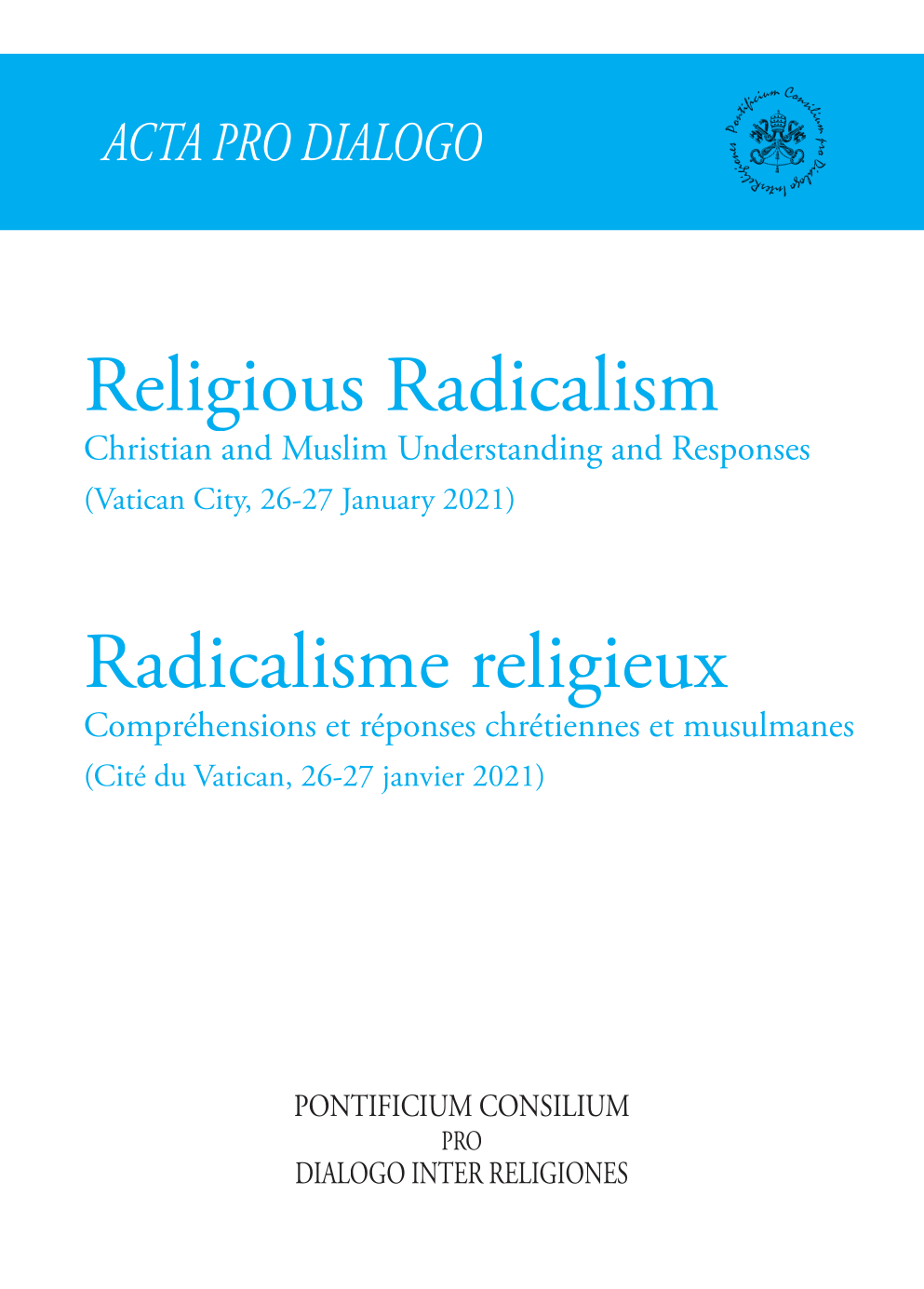 Religious Radicalism. The Challenges of an Ill-Defined Concept in Europe

Ali Mostfa, professor of linguistics and discourse analysis at the Catholic University of Lyon, analyses the semantic shifts about the notion of religious radicalism, particularly since the Septemb... 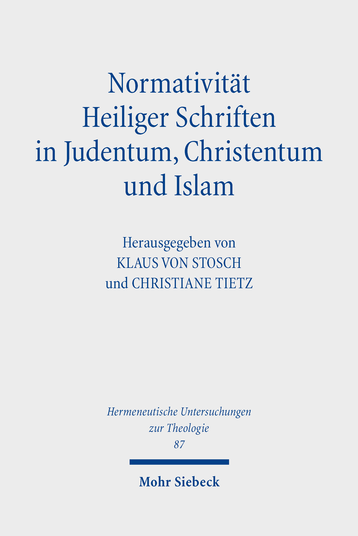 Normativity of Holy Scriptures in Judaism, Christianity and Islam

In Judaism, Christianity and Islam, the orientation towards “holy texts” is central. While in the past it was undisputed that these texts could be understood as directly given by God an...