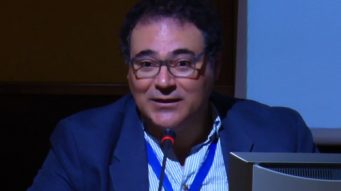 Wael Saleh completed his thesis in Applied Human Sciences (Political Science and Islamic Studies) at the Université de Montréal in 2017. His thesis focused on the continuities, evolutions and ruptures in the conception of the state through the prism of the link between the religious and the political in modern and contemporary Egyptian thought. He is co-founder and director of the Institute for Post-Spring Arab Studies (IEPPA). Wael Saleh’s research interests include the history and geopolitics of religio-political ideas in the Arab world; contemporary Egypt; political Islam; epistemological and methodological issues of violence in the name of Islam, identities and conflicts in the Middle East; analysis of media and academic works on the Arab world.

He is co-founder of the Interdisciplinary Observatory of Islamist Movements (OIMI) at the CRC-IPG (Canada Research Chair Islam, Pluralism and Globalization), Université de Montréal; and associate researcher at the Observatory on the Middle East and North Africa, Raoul-Dandurand Chair in Strategic and Diplomatic Studies, Université du Québec à Montréal.