Since the “Arab Springs” breakout in 2011, Islamist radicalization in Europe progressively grew as ISIS spread violence and chaos in Iraq, Syria and Libya. The so-called “Islamic State” brought a new vision of radical Islam which tears down all ethnic, national, cultural and linguistic barriers in order to promote a totalitarian view of religion that does not tolerate any type of distinction. No difference is made, at least in theory, even between converts and Muslim-born volunteers.

This “global approach” conducted by ISIS should not be underestimated because it covers an extremely important role in the organization’s strategy of indoctrination.

ISIS’ propagandists and recruiters are very clever in exerting leverage on weak points of young people, which can be linked to interaction difficulties, lack of self-confidence, distrust in society and in the future and the jihadist activity can also affect contexts where coexistence and integration is already in place.

Our contemporary society is very unstable due to its quick-shifting features, with the consequence that many young people are subject to a whole set of difficulties in the economic and social field, with poor life-prospects. This situation leaves them at the mercy of extremist propaganda as the recruiters find a perfect target in them. Therefore there is the need to create a new de-radicalizing narrative that helps to understand the mistakes of extremism
We envisage this new narrative to be based on the maqasidi approach: a new de-radicalizing approach used by imams and Muslim intellectuals that focuses on the high objectives of the Islamic religion such as defense of human integrity, human rights etc. and not on a literal-reading approach that could easily drive the audience towards extremism.

It is also important to implement a series of activities in schools, oratories, sports and arts associations but also in those places where assistance to unaccompanied minors is provided, with the objective of discussing religious and intercultural themes and giving efficient and proper information to prevent ISIS brainwashing among youth.

Working language of the group
English 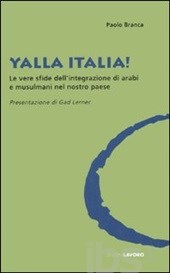